Azoospermia is one of the sperm problems in men that causes infertility. Azoospermia is a condition in which the number of sperm in a man’s semen is zero. This problem in male fertility can occur for two reasons: obstruction (blockage of sperm entry into semen) or non-obstruction (insufficient sperm production). In men with azoospermia, there are usually no specific symptoms in semen or libido, and the only problem is infertility. In the past, the only treatment for azoospermia was reconstructive surgery to remove blockages or receive donated sperm. But today, with the advent of new surgical methods to extract sperm from testicular tissue and tubes, such as TESA, PESA, micro-TESA, etc., many men with azoospermia can use their sperm to have children. 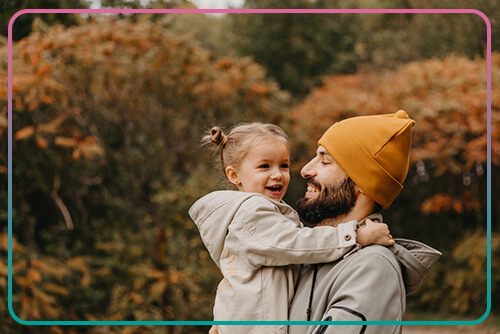 What are the causes of azoospermia?

The production of sperm in the testicles is controlled by certain hormones secreted by the pituitary and hypothalamus such as FSH and LH. If the secretion of these hormones is disrupted for any reason, the person will have a decrease in sperm count and even azoospermia. Pre-testicular azoospermia is non-obstructive azoospermia that accounts for only 2% of cases of azoospermia.

How is azoospermia diagnosed? 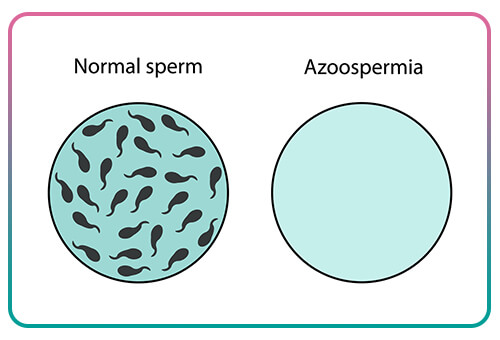 The first step in diagnosing azoospermia is a spermogram. In a spermogram test, a semen sample is examined in the laboratory by powerful microscopes. If there is no sperm in the sample, the test should be repeated several days later. If sperm are not present in both semen samples, the semen is centrifuged in the laboratory and the sediment from the centrifuge is examined. If there is no sperm in the semen, azoospermia is diagnosed.

In the next step, the cause of azoospermia should be investigated. At this stage, a specialist doctor will order a blood test to check hormone levels. If the level of hormones that affect sperm production is normal, an ultrasound or MRI is requested to check for possible obstructions in the sperm outflow tract. In addition, genetic tests are performed to check for genetic problems. Finally, a specialist doctor will diagnose the cause of azoospermia by examining the test results and performing an examination.

How is azoospermia treated?

Azoospermia is one of the sperm problems in men that causes infertility. This problem in male fertility cannot be cured only by following the ways to increase sperm quality and improve lifestyle. Therefore, patients with azoospermia need medical intervention to have children and in most cases need to use infertility treatment assisted reproductive techniques. The following methods are used to treat azoospermia, depending on the patient’s condition and the type of azoospermia:

Treatment of azoospermia with obstructive causes 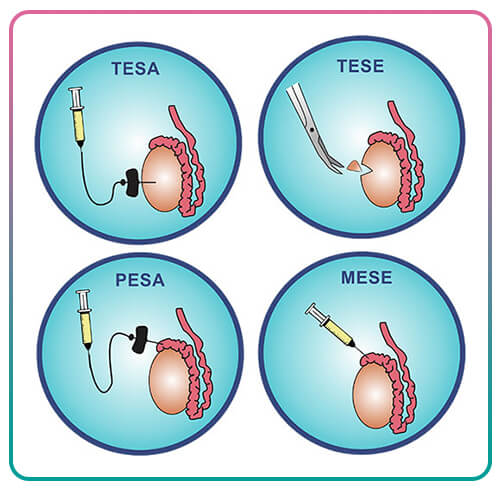 PESA: In men whose azoospermia is due to a lack of bilateral seminal vesicles, a method called PESA is used. In this procedure, the surgeon pulls a sperm sample from the epididymis into a syringe through a special syringe without making an incision. To check for sperm, the sample is sent to a lab.

TESA: Sometimes in patients with obstructive azoospermia, sperm cannot be obtained from the epididymis. Therefore, the sperm sample must be taken directly from the testicle. In this case, a method called TESA is used. In this method, a sperm sample is taken from the testicle through the skin and sent to a laboratory through special needles.

Micro-TESE: This surgery is one of the most widely used methods to treat infertility in men with obstructive azoospermia. In this procedure, the surgeon makes a small incision in the testicle and takes a sample of testicular tissue in which sperm are more likely to be present. The sample is examined under a microscope to ensure the presence of healthy sperm.

Treatment of azoospermia with non-obstructive causes 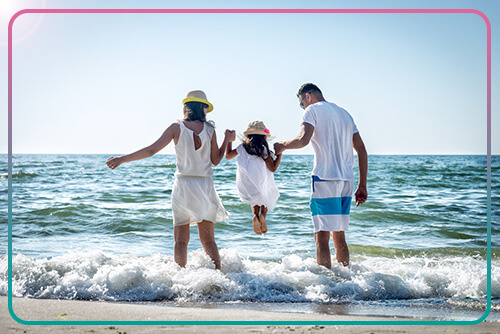 Nowadays, with the advancement of infertility treatment methods, many couples with azoospermia have hope for fertility. Infertility in pre-testicular and post-testicular azoospermia can be treated with medication and various surgical and biopsy methods, and these people can have children naturally or with the help of assisted reproductive methods such as IVF, ICSI, etc. However, people with testicular azoospermia are unable to conceive due to the lack of sperm production in the testicles. These people need to use donated sperm to have children.

Contact us for more information about the treatment of azoospermia in Iran.