Can I Breastfeed After Different Types of Breast Surgery?

In either case, you should discuss your pregnancy and breastfeeding plans with your surgeon so the doctor can inform you how the procedure will impact your plans which depends on the following factors: 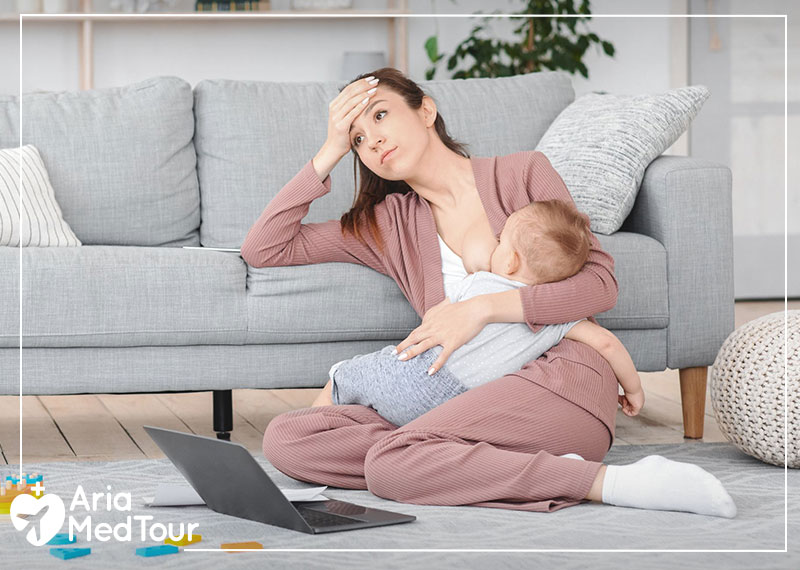 How does breast surgery affect breastfeeding?

● The placement of the incision

If the incision is done in the underarm, breast crease, or belly button, the chance of damage to milk ducts or nerves is very small. In the case of incision at the edge of the areola, it is performed at the surface level while the nerves and milk ducts run from below toward the nipple, so the chance of cutting them is still low. Of course, the surgeon’s expertise will be critical in staying on the periphery of the areola and preventing any damage to the underlying structure.

● The placement of breast implants

Breast implant placement can be over or under the muscle of the chest wall in which the former (Subglandular) might put pressure on the glandular tissue that affects milk supply. It can also cause engorgement issues in which the breast becomes tense and full. In contrast, the latter (Submuscular) have almost no interference with milk production and release.

● The type of implants

Silicone implants are non-absorbable by the body, so they shouldn’t be a problem. According to a 2001 report by the American Academy of Pediatrics (AAP), there was insufficient evidence to justify classifying silicone implants as a contraindication to breastfeeding.

The body will absorb saline-filled implants in case of a rupture which is a safe solution, so there is almost zero concern.

● The level of tissue removal

Breast reduction is the most concerning when it comes to milk production if the areola, nipple, and the tissue beneath them are removed during surgery. The reality is that your goal is to reduce your breast size, so some tissue (mainly fat) will be removed, but some milk ducts and nerves might be cut, and the nipple might be moved. The good news is that glandular tissue will grow again during lactation, improving milk production over time. In addition, new surgical techniques aim to protect mammary glands and nerves as much as possible.

The nipple surgery has minimal tissue removal from the skin that does not touch mammary glands.

In breast lift or mastopexy procedure, the skin is the focus of the surgery since it is not strong enough to hold the underlying tissue. So, the excess skin will be removed, and not much underlying tissue will be touched.

In breast cancer surgery, only the abnormal tissue and a small amount of surrounding healthy tissue will be removed, so the possibility of significant damage to mammary glands is very low.

In the breast augmentation procedure, there is almost no tissue removal since the goal is to enhance the size by adding an implant.

Another critical factor is the gradual scar formation that occurs in the weeks post-procedure. Although rare, it can clog the ducts and block the milk from traveling to the nipple. However, it depends partly on your ability to heal and your commitment to follow the post-operative instructions given by your doctor. The other part is the expertise of your doctor in fine surgical sutures that do not form large scars and remain invisible.

If you choose to have nipple jewelry, consider the timing since recent piercing scars may not heal for the time of breastfeeding. Removing nipple jewelry in the second trimester of pregnancy is also recommended, and keeping it off during breastfeeding since there is a high risk of infant choking.

● The time of breast surgery

According to La Leche League, if the surgery has occurred more than five years before pregnancy, the milk production will be significantly better because ducts or nerves that were severed during surgery will grow back and form new pathways to regain milk production functionality. 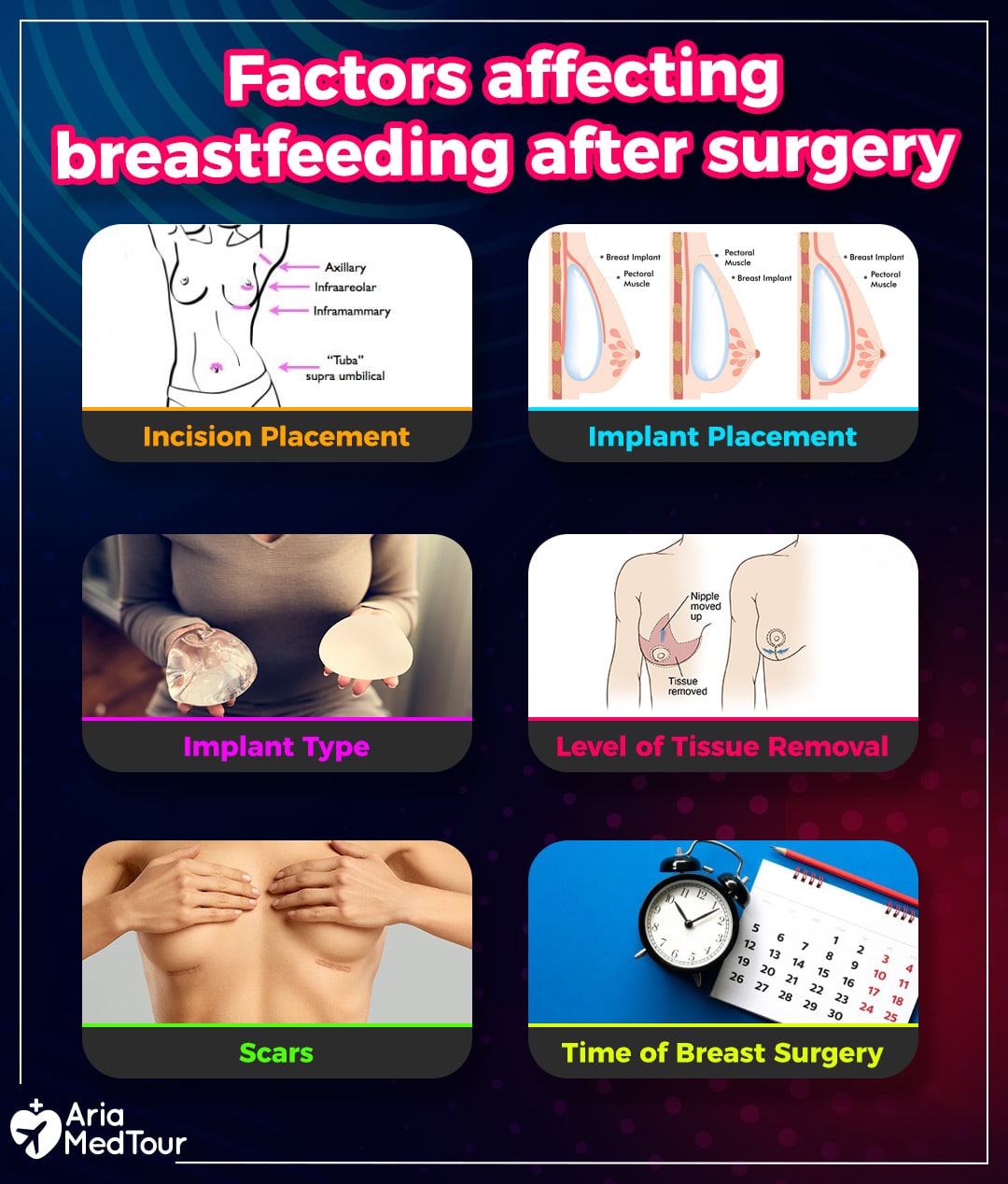